Author and Orthodox Christian, Frederica Mathewes-Green stated in a recent podcast that there are generally two genres of books that Orthodox Christians prefer to read — explanations or experiences. This statement was an “aha” moment for me. Lately, I’ve been pondering the reasons for my relative silence on this blog. Believe me, I’ve tried writing many posts about Orthodoxy, either its theology or my experiences as a new Orthodox Christian. However, upon starting these posts, I find myself ultimately deleting them.

While standing in Matins this past Sunday morning, I realized that I have been an Orthodox Christian for seven months. During these past seven months, and the year of exploration prior to joining the Orthodox Church, I intentionally refrained from doing a lot of reading and studying. This may seem counterproductive, but due to my personality and training, I can easily over-theorize my faith. In other words, my conceptual understanding of the faith can easily overreach my actual life experience. I’ve been guilty of this as an evangelical and I wanted to avoid this as an Orthodox Christian. So my strategy was to soak myself in the life of the Orthodox Church. 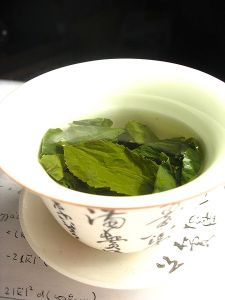 I can only relate my experiences thus far to a steeping cup of tea. There is something soothing and satisfying about tea steeping in hot water. The wafting steam carries the aroma of flavor being released from the dried leaves. My “steeping” in Orthodoxy is occurring in the normal ebbs and flows of life within the Orthodox Church. This may not sound like much to those unfamiliar with Orthodoxy, but trust me, it’s life-immersing.

And over this period of time, I’ve noticed that the water of my life is beginning to carry a subtle, yet very distinct flavor as new thoughts, values and feelings are being gently coaxed out of me through the Holy Spirit’s activity within the Church.

Prior to coming to Orthodox Christianity, I steeped for 25 years in evangelical Christianity, which included fourteen years of professional ministry and an undergraduate and graduate degree in pastoral preparation and theology. Yet, having transitioned into Orthodoxy, I’m discovering that I need to consciously set aside much of my past experiences and training.

This places me in a somewhat awkward position as one who enjoys writing. As the theological concepts and spiritual practices that dominated most of my evangelical life fade away, I’m trying to write less and less from an evangelical perspective so as to allow the new worldview of Orthodoxy to seep deep within me.

Yet in light of Frederica’s comment, I have not learned enough to explain much about Orthodox Christianity in this blog. And I’m committed not to reading and studying a lot for several more months. But having only steeped for seven months, I don’t feel my experiences in Orthodoxy are very flavorful yet either. So, do I remain silent, or write about things of which I know little, or write about my extremely limited experiences?

Frankly, I haven’t decided what I will do yet. (My indecision toward this blog probably explains the additional activity on my photoblog and Flickr account lately.) Although I’m leaning toward writing about my minimal experiences as a new Orthodox Christian, I’m aware of the need for caution. Heeding Fr. Stephen Freeman’s words, I desire to guard the Secret Place by not turning my blog into a vehicle of full self-disclosure. Proper steeping and formation in Orthodoxy requires learning and practicing wise silence.

So bottom-line, I’m very content with where I am right now. I’m not fretting about my indecision. Nor am I in any hurry to make a decision, because I’m in this for life. Not just life now, but life forever. Seven months down and eternity to go. With that in mind, I’m going to relax and soak in the warmth.

6 thoughts on “Steeping in Orthodoxy”

Easter 2020. Because of COVID-19, the places we would normally see and hear the joyous signs of Easter are vacant and silent. Freeways are virtually empty of travelers. Churches, normally filled with exuberant worship and preaching, are closed. Parks are empty of children playing and families celebrating. But just like the large stone sealing Jesus’ […]