My oldest son told me a joke the other day:

Answer, “The feathers. Because you also have to carry the weight of what you did to the birds.”

Without going into details, there’s a lot of heavy “stuff” happening in my life right now. Each thing by itself is common to normal life. But everything together forms a heavy weight.

So, I’ve noticed myself sighing a lot lately.

In an essay on “sighing” in the Bible, Arther Pink writes: 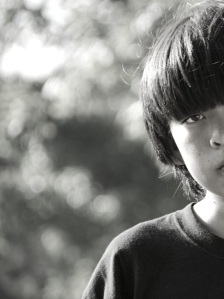 “The groanings of the believer are not only expressive of sorrow—but also of hope, of the intensity of his spiritual desires, of his panting after God, and his yearning for the bliss which awaits him on high (2 Corinthians 5:2, 4).”

I think that’s a good description of the internal forces inside me that express themselves as sighing. It’s an intermingling of stress and faith, of sorrow and hope, of loss and love. It’s a longing for what currently is to be shaped into how things should be.

St Paul writes a poignant portrayal of groaning in Romans 8. Creation groans. God’s people groan within creation. And God’s Spirit groans within God’s people. Like a woman in labor, everything is sighing and groaning toward the hope of God’s New Creation being birthed.

What Paul describes on a cosmic level, each of us experiences at a very personal level. All the little details of life — marriage, singleness, parenthood, friendships, careers, spiritual growth, societal justice, and so much more — are the contractions in which New Creation labors to be born in us and through us. And even though we may articulate prayers that petition God’s will, the deepest and most genuine prayer may be a sigh.

Before this season passes, I know there will much more sighing… and groaning and tears. And they will be my prayers.

2 thoughts on “Sighing Is Praying”

Today was a wet and gloomy day at the park. So I decided to take some black and white images to reflect the mood.
Injury and weather have taken the wind out of my sails. This the first photo I’ve taken in a while. It’s not much. But it’s usually the simple things that catch my eye.
Chain link droplet.
Working in the rain.