As the time approached for him to be taken up to heaven, Jesus resolutely set out for Jerusalem. And he sent messengers on ahead, who went into a Samaritan village to get things ready for him; but the people there did not welcome him, because he was heading for Jerusalem. When the disciples James and John saw this, they asked, “Lord, do you want us to call fire down from heaven to destroy them?” But Jesus turned and rebuked them. -Luke 9:51-55

This is another moment in a string of episodes demonstrating the inability of Jesus’ followers to truly understand the scope of his mission. Sometimes, I think we’re so quick to judge Peter for his many missteps, that we forget James and John, two of Jesus’ closest disciples, blundered as well.

Jesus is on his way to Jerusalem for his ultimate demonstration of God’s love. Yet, two of his closest followers want to call down divine judgment upon a village because the villagers won’t welcome their entourage. You can almost hear the slap of Jesus’ palm on his forehead. 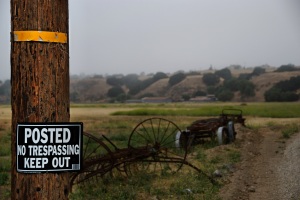 Christian history is replete with this type of misguided zeal. A serious problem occurs when protecting the fidelity of the Faith eclipses the actual values of the Faith. While we may not literally call down fire, we resort to other tactics. We’ll label ourselves and others so that it creates an “us” vs “them” dichotomy. We’ll denounce others who are not in our group while we exalt ourselves as being genuine Christians. We’ll resort to “straw man” tactics or compare our group’s best with their group’s worst.

Every group has its overzealous members.

When I was a young Christian in Calvary Chapel, I remember some speaking of Roman Catholics as adherents to dead ritual, implying that they weren’t really Christians. And they described mainline denominations as “liberal” with a similar insinuation.

During my short involvement with YWAM, the organization’s evangelism efforts were focused in middle eastern countries like Turkey. I remember hearing some stating that Eastern Orthodox Christians needed to be evangelized because their religion was dead.

As part of the Charismatic movement, other Christians were viewed as not having the Holy Spirit and being spiritually dead. I remember some stating about non-charismatic churches, “If God didn’t show up to their church on Sunday morning, no one would notice.”

When I was part of the Emergent/House Church movement, I heard some speaking suspiciously of professional pastors because they actually made a living from pastoring.

As part of the Eastern Orthodox Church, I hear some using words like “heterodox” and “heretic” too easily to describe non-Orthodox forms of Christianity. Quite frankly, some of the Protestant-bashing I’ve heard in my limited experience in Orthodoxy is sickening.

I’m familiar with these incidents because, to my shame, I’ve participated in this misguided zeal.

It’s taken more time than necessary, but I’ve finally learned that Evangelicals have no more of a personal relationship with God than Roman Catholics, Eastern Orthodox and mainline Christians. Nor are Charismatics any more Spirit-filled than their other siblings. House churches are no more genuine than their institutional counterparts. Eastern Orthodoxy is no more truer, enlightened or faithful than any other form of Christianity. Everyone needs to be evangelized with God’s Good News.

In the midst of all this zealous craziness, Jesus demonstrates God’s love for everyone by dying upon a cross. Three days later, he bursts from the grave to launch God’s New Creation for all.

I’m not saying everyone simply needs to embrace a wishy-washy undefined faith. Quite the opposite. Our faith must develop, mature and become well-defined. As such, distinctions will always exist. But the more mature our faith becomes, the more it should align with the actual values of the Faith — faith, hope, love, joy, peace, patience, kindness, goodness, faithfulness, gentleness, self-control, holiness, compassion, humility, repentance… I think you get my point.

Jesus’ followers defend the faith by living the faith.

Part of living the faith means living in loving communion with all of Jesus followers — valuing each other and each other’s tradition so we can talk with and learn from each other.

Earlier this year, I wrote the following “classified ad” but never had the courage to post it on social media:

“Wanted: A small group of Christians who gather regularly with the sole agenda of becoming Jesus’ apprentices through spiritual formation. This group would welcome Jesus’ apprentices from all traditions — Roman Catholicism, Eastern Orthodoxy, and Protestantism. It would not be affiliated with any organization nor would it replace anyone’s local church or parish. Rather, it would be a group of friends committed to learning with and from one another about how to follow Jesus. This group would discuss Scripture and supplemental writings, pray for one another, support one another and learn from each other’s traditions, theology and practices in the ultimate effort of becoming like Jesus for the sake of the world.”

I would love to be part of a community whose members are learning to carry the cross rather than calling down fire.

This image itself wasn’t necessarily a challenge. But it symbolizes a couple of self-inflicted creative challenges in regards to my photography. First, when I got rid of my Sony a6000, I also got rid of my only zoom lens. That lens was an 18-105mm, so it provided me with tons of versatility to capture a […]

“Paying attention to God in the actual routines of life is the heart of discipleship” -Todd D. Hunter. “Christianity Beyond Belief.” Apprenticeship to Jesus is learning to see and do what God is doing in the regular, mundane moments of life. God infuses his world with his presence, wherever we play, work, and live. My […]

We are created to be Eucharistic beings. Our nature is to be thankful recipients and givers of love and grace. This is how the mundane and holy intertwine, how heaven and earth are merged, and how we become truly human. Image created with a Sony a7riii and Lightroom.