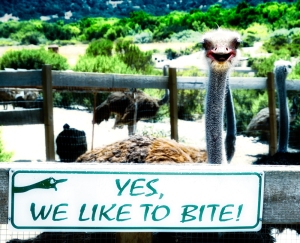 The news on both traditional and social media the past several months continues to remind me of a very poignant truth. James 1:20 says, “Human anger, you see, doesn’t produce God’s justice!”

I get it. There’s a lot of injustice in the world and in our neighborhoods. Civilians and law enforcement officers are being slain. The brokenness of our justice and political systems is more apparent than ever. Our democratic system has devolved into people preparing to vote for a presidential candidate that they believe is less dangerous to our country than the other. We’re prepared to vote for the less of two evils rather than for a candidate we trust and believe in.

We live in volatile times. People are justifiably frustrated and angry. And the abounding click-bait, memes, conspiracy theories and extremely biased reporting are like stones thrown at an already aggravated wasp nest. People are screaming at each other and genuine conversation has stalled.

People want justice. And the primary avenues are social media, voting polls, or demonstrations, all of which fan rage rather than forge resolutions.

But what was true 2000 years ago is still true today — human anger doesn’t produce God’s justice. Rather it produces misunderstanding, dehumanization, violence, and vengeance. It’s like vigorously shaking a can of mixed paint hoping the colors will separate. That’s not how it works. And the fact that it’s not working angers us further.

Ironically, anger is one of the most potent human emotions, yet is completely impotent in implementing lasting justice.

At the risk of sounding extremely simplistic, God’s New Creation, launched by Jesus, is our world’s only hope. But this New Creation requires an entirely new way of living as human beings. It’s neither a christianized version of the Democratic nor Republican platforms. It’s not about legislating morality or Christian values. Most of the Church’s political endeavors have been embarrassing distractions at best and societal calamities at worst.

So, the first step in embracing God’s New Creation is embracing Jesus as King of this world. While discussing this isn’t the point of this post, it’s the primary step to being part of Jesus’ revolutionary world order and way of life.

Let me just say that we’re talking about something far greater than the modern Christian idea of “asking Jesus for forgive you so you can go to heaven.” That is a foreign concept injected back into Scriptures. Jesus didn’t come to dole out personal forgiveness in an effort to rescue your disembodied soul to a distant and disconnected heaven. Rather, he came to embody Israel’s God on earth. By doing so, he climaxed Israel’s generations-old story by establishing Israel’s God as King, vanquishing evil and launching God’s New Creation. In order to be part of this, he’s requiring you to give him your full allegiance as King (faith) and to follow him in order to learn to be like him and to carry on his project for the sake of the world.

This then requires learning to implement his transformation without engaging in the techniques and tactics of this world, especially anger.

If Jesus’ followers are serious about cooperating in God’s New Creation project, we must simultaneously rout out our broken internal sources of anger and disconnect ourselves from external sources of anger. Frankly, based on just my Facebook feed, I think many of us need to take a long hiatus from politics.

Let me put it this way… anger is dehumanizing. If you always believe you’re right and are angry that people don’t see things your way, then you’re dehumanizing people. If people in a different political camp always anger you, then you’ve dehumanized them. If you’ve embraced conspiracy theories about the “other side” or view them as opposing God’s agenda while viewing your group as champions of God’s cause, then you’ve dehumanized them. Absolutely none of this is part of God’s kingdom or part of the restorative transformation his kingdom brings.

In a recent post, we explored how the Church, as Jesus’ Body filled with God’s Spirit, is to be a giant version of Jesus. Paul tells us that the fruit of the Spirit is a strong and sober multi-faceted character expressed in love, joy, peace, patience, kindness, goodness, faithfulness, gentleness and self-control. So this is a description of “giant Jesus.” This is the character that Jesus’ Body should embody if he is truly our King.

So in Jesus’ Body, there is no place or excuse for the anger and rage prevalent in our society. We must stop participating in it and contributing to it. Rather than achieving justice, it only perpetuates injustice.

During a morning walk the other day, I was struggling with some “stuff”. In those moments, I can feel very alone. In the midst of my angst, my phone binged with a text from my best friend. He shared a photo of the snow they received in Idaho. I shared my turmoil and we texted […]

Clarity In The Fog

The other morning, I brought my camera with me to morning coffee since there was a thick layer of fog. As the sunlight began to burn off the fog, I was able to take some images. The interesting thing about fog is that while it obscures our vision, it also adds definition to the light […]

“For in him we live and move and have our being.’ Acts 17:28 While life circumstances may seem to be at the whim of random forces, it is simply not the case. We do not live in a vacuum. Instead we live in God. God is always present. God is always acting. We are surrounded […]

Taken at today’s Blessing of the Waters service for The Feast of Theophany. Blessed Feast!
The seed from the Goldenrain Tree. I walk by this tree frequently and love looking at the color and texture of the seed pods.
Had a chance to go on a nice photo walk at the park. I found some images I liked. Here’s one that caught my eye. I like how the grass was silhouetted in the red leaf.
I haven’t shot in awhile again. I really need to get out soon. Until then, here’s an image from a few weeks ago.