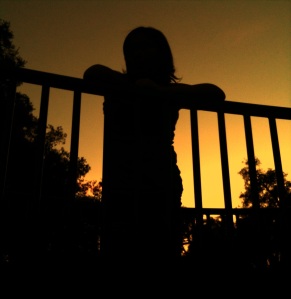 When we read Genesis 1 through the worldview of an ancient Israelite, we discover that it is an account about the functional origin of creation and not necessarily about its material origin. As such, creation functions as God’s temple. He creates it out of his incredible love as a place where he will dwell and rule, merging heaven and earth. And he chooses to reign over creation through humans, who are created in his image.

As in my last post, I won’t lay out the detailed arguments presented by Dr. John Walton. Rather, I will simply state a couple of his findings and discuss their implications.

Genesis 2:15 states, “The Lord God took the man and put him in the Garden of Eden to work it and take care of it.” Walton concludes that the Garden is the place where God walked and dwelt with Adam and Eve. Therefore it is not simply a “garden,” but rather it is sacred space. Also, the Hebrew words for “work” and “take care” are better translated “serve” and “protect.” These words mean more than simply “gardening.” Instead, they hint at a priestly vocation.

In other words, Genesis 2 is detailing humanity’s vocation as God’s image-bearers. They are a royal priesthood within God’s temple, that is creation. In communion with God, humans are to serve and protect this sacred space where heaven and earth merge. They are to be a royal priesthood through whom God lovingly reigns and cares over the rest of the world (the royal part) and through whom all of creation’s worship is gathered and offered back to God (the priestly part).

N.T. Wright describes the vocation of being image-bearers as an “angled mirror.” Imagine an L-shaped hallway with a room at each end. At the bend rests a large mirror that allows occupants of each room to view down the hall and around the corner into the other rooms. In a similar way, that is the vocation of an image-bearer. God can reflect his love, care, justice and stewardship into the world through humans. The rest of the world can praise, worship and express thanksgiving to God through humans. When human care for the world, they are doing so as God’s royal representatives. When humans worship God, they are doing so as Creation’s priestly representatives. Through us, the two dimensions of heaven and earth see and interact with each other.

But this vocation was distorted through idolatry and sin. Abraham and his family-nation were gifted with an unique covenant, law, land and temple in order to be God’s royal priesthood, a kingdom of priests among the rest of the nations. But they also failed. But in faithfulness to his covenant and love for the world, God gave his Son as the true Royal Priest. Jesus’ crucifixion broke the power of idolatry that has distorted our vocation, restoring us back as God’s true image-bearers within a new world order launched at Jesus’ resurrection.

N.T. Wright puts some feet on what our image-bearing vocation looks like in our world:

“Our task as image-bearing, God-loving, Christ-shaped, Spirit-filled Christians, following Christ and shaping our world, is to announce redemption to a world that has discovered its fallenness, to announce healing to a world that has discovered its brokenness, to proclaim love and trust to a world that knows only exploitation, fear and suspicion…The gospel of Jesus points us and indeed urges us to be at the leading edge of the whole culture, articulating in story and music and art and philosophy and education and poetry and politics and theology and even–heaven help us–Biblical studies, a worldview that will mount the historically-rooted Christian challenge to both modernity and postmodernity, leading the way…with joy and humor and gentleness and good judgment and true wisdom.”

As I journey through life, I’m easily convinced that I see clearly and know where I’m going. But I’m really like a child peering into the darkness and needing to be led by someone far greater and wiser than me. Sony A7Riii, Sony 50mm f/1.2

“History of Suspended Time” monument. Image taken during a visit to Palm Springs in July.
Under pressure. (Title of the picture, not how I am feeling.) 😎
Crusty water faucet.
I've had a slight setback, but nothing too serious. I found out I have an impinged rotator cuff in my right shoulder. It's due to an injury from years ago. But in the past several months, moving my right shoulder has become very painful. I thought swimming would loosen my shoulder. And it does while I'm swimming. However, after swimming everything tightens back up and hurts more. I went to a physical therapist last week. He diagnosed my problem, gave me some stretching exercises, and told me to lay off swimming for awhile until my shoulder gets better. At least it's only temporary and I should be back in the water soon.